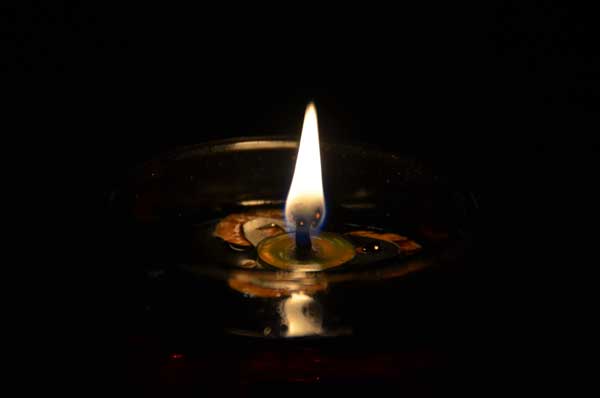 THIS is the story of a friend I have never met in person. We got connected in 2007. He found my blog and contacted me through Facebook. We lived in the same city. Like me, he has spinal cord injury but at a higher level. His arms are weak and he has no hand function whatsoever.

He is dependent on his mother for all his activities of daily living. She has to assist him with everything from his personal hygiene to feeding him. As she does not have the strength to move him from bed to wheelchair by herself, he spends most of his time in bed.

When I suggested that I dropped by his house one day, he flatly refused. He said he was not ready to meet me. I left it at that. We continued to communicate online though. He would be exuberant on one day and display signs of depression on another. Our conversations would somehow revolve back to one subject.

“I want to die,” he would tell me. “There is nothing I can do for myself. There is no meaning to life for me.” It was disconcerting to listen to him go on and on about it. Nothing I said could convince him otherwise. I also did not want to push him too much in case he decided it was not in his best interests to confide in me any more.

“How are you going to do it?” I would ask him, exasperated at his insistence on taking his own life.

He had no idea. His was not an isolated case. People with severe physical impairments have harboured such thoughts one time or another. The general attitude towards having impairments is that it is a tragedy. The more severe the impairment, the greater the tragedy.

“You are so brave,” a stranger told me once. “If I were you, I would rather die.”

These people speak without realising how tactless, offensive and demotivating those words could be. It took us years to come to terms with our impairments and move on in life, trying to make the best of what we have.

And here are people who take one look at us, imagine themselves in our situation and quickly come to the conclusion our lives are pretty much worthless. Such thoughts can be self-perpetuating as is evident by how disabled people are generally viewed and even how we disabled people see ourselves.

On top of the negative perceptions, there is another reason why some disabled people feel hopeless and helpless. The lack of a strong social support system to address the emotional, informational and financial aspects of the issues we have to struggle with creates a lot of uncertainty.

Whatever social support that is provided now, either by the government, disabled people’s organisations or other disabled people, is insufficient and done on an ad hoc basis. There is no long-term organised programme to this end.

For those of us who are dependent on our parents or spouse to support us physically and financially, our most pressing concern is how we can go on should we outlive them. Although lifelong protection and social support is provided for in the Persons with Disabilities Act 2008, nothing concrete has been initiated to address this matter.
This inadequate social support affects our quality of life. We are constantly shrouded in a state of anxiety. We worry about money. We worry about the cost of the equipment we need. With no definite solution to our dilemmas, it is no wonder some of us see ending it all as the only option.

However, most of the time, these are cries for help more than anything else. We have no idea where to go for assistance or how to go about it. The government can begin by playing a more active role in the social support system by simplifying the application process for assistance and expediting the disbursement of aid. This would help a great deal in easing the financial burdens of the family.

Back to my friend, eight years on, his outlook on life now confounds me. Not only is he still alive and kicking, he has turned his life around. He has picked himself up and is no longer the person I used to know.
Seeing him smiling from ear to ear and being surrounded by friends in the photographs he posted on Facebook, it is hard to believe he was depressed to the extent of wanting to end his own life at one time. Imagine what he would be missing had he carried through with that thought.

I have no idea what changed him. Our online chats have reduced to mostly hellos and goodbyes. He no longer talks about death. For that alone, I am happy for him. Perhaps one day soon, I will suggest that we meet in person again. Perhaps then I can pick his brain on this radical change in his attitude. It will be a guiding light to other people who are caught in the predicament he was in.