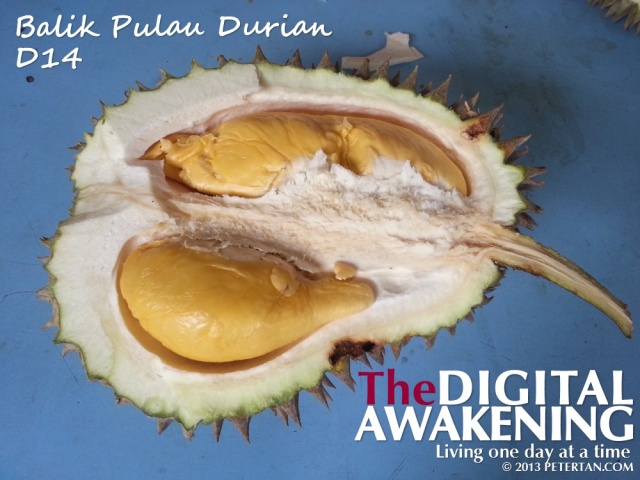 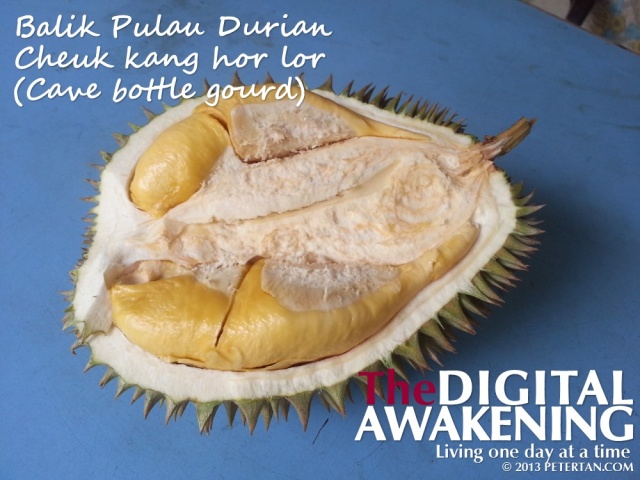 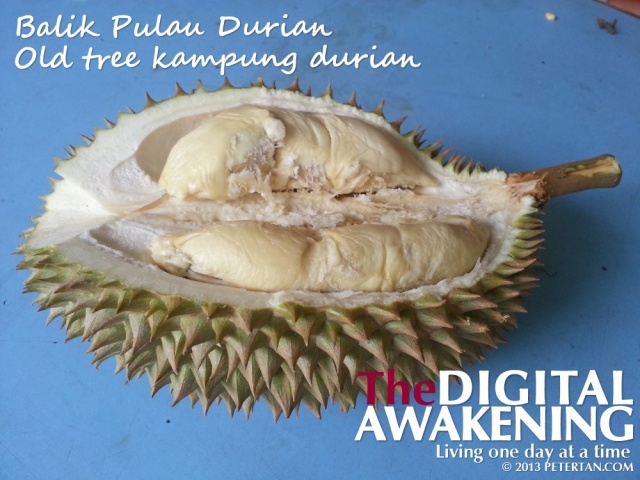 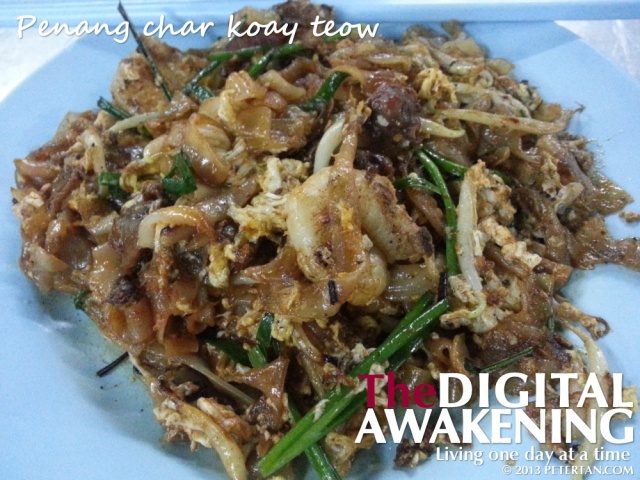 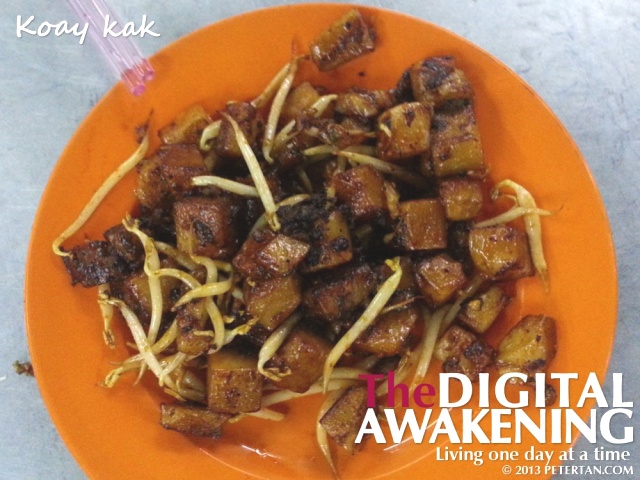 The Star published an article about durians from elsewhere being passed off as those from Balik Pulau. How does one tell if a durian is really from Balik Pulau and not from Kulim, Bukit Mertajam or Taiping?

These durians may not taste exactly the same as those from the original tree because of soil conditions and other geographical factors. Likewise, durians from other places just do not taste the same like those from Balik Pulau due to those same factors.

The telling characteristics of a specific durian cultivar are the shape, size and colour of the thorns, and the size and shape of the fruit itself. Truth be told, after so many years of savouring Balik Pulau durians, I am still not good at identifying a durian by those characteristics but a durian planter or seller can tell with just a glance which cultivar a durian is from.

The other characteristics to look out for are the shape of the pangsa (the compartments in the fruit that holds the flesh and seed), and colour, texture, taste and aroma of the flesh, and the size of the seed. Each cultivar has a specific colour and taste that is unique.

For example, cheh puay has flesh that is a shade of bright yellow with very creamy, sweet, rich and sticky texture. On the other hand, ang heh has a mild pleasant aroma, not overly sweet and has a smooth texture with hints of pink in the flesh and pangsa that resembles a big prawn, hence its name.

The important fact to remember is that durian season in Balik Pulau usually lasts from June to August. Any durian that is claimed to be from there in other months is probably not genuine.

I remember a story that my cousin Peter recounted. He was at a durian stall selecting durians and asked the seller where those fruits were from.

“Balik Pulau,” the guy told him.

Now, Peter grew up in a durian plantation in Balik Pulau. Our great grandfather cultivated durians. So did our grandfather. Peter’s father who is my maternal uncle is still cultivating durians there. And he knew for sure that Balik Pulau durians were out of season then.

So he challenged the durian seller, “Lets go to Balik Pulau. If there’s even one single durian on the tree, I’ll eat the roots and twigs of that tree.” 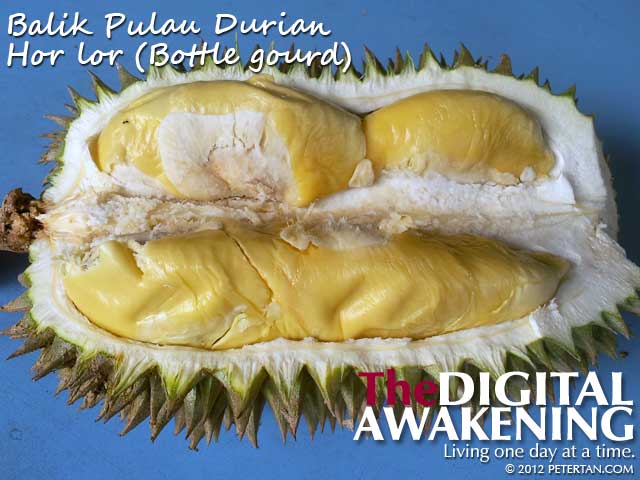 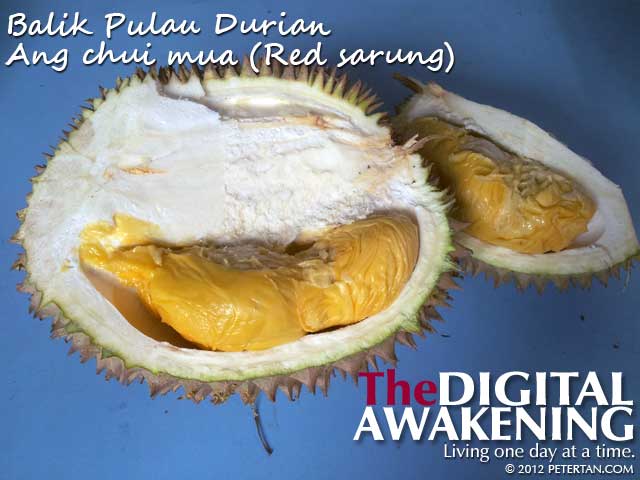 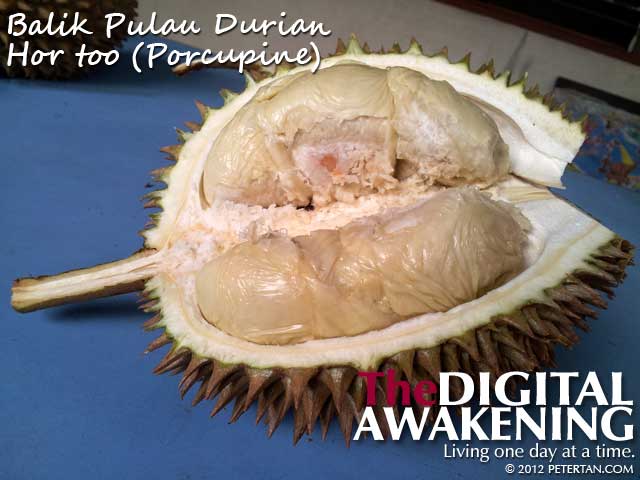 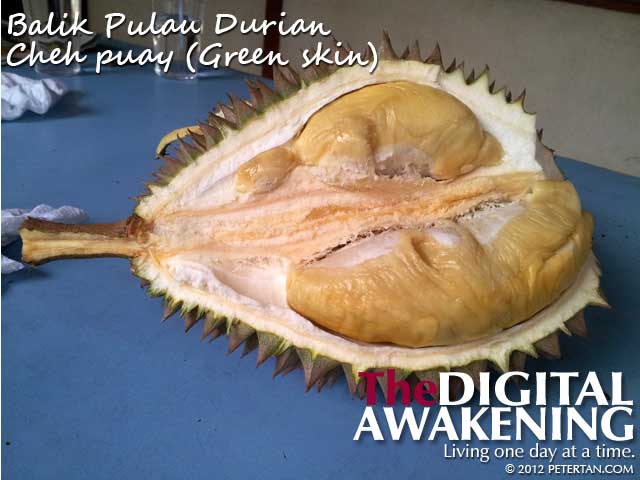