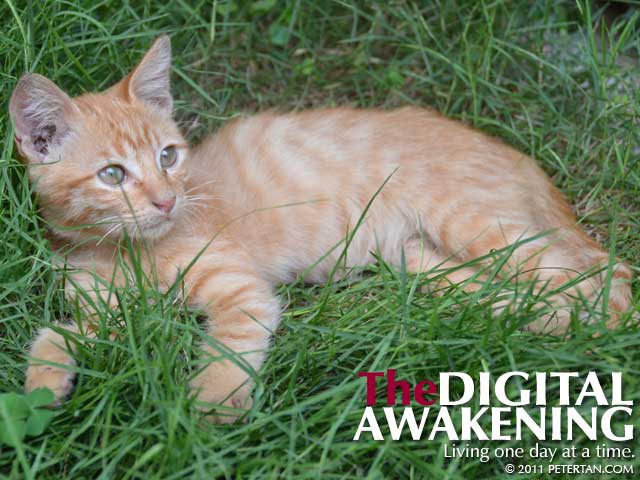 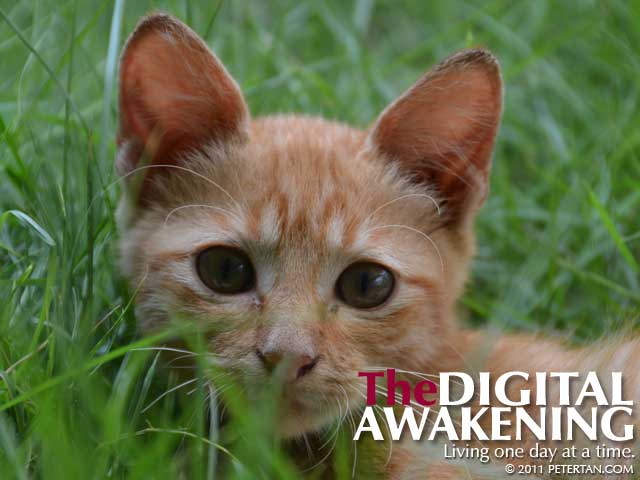 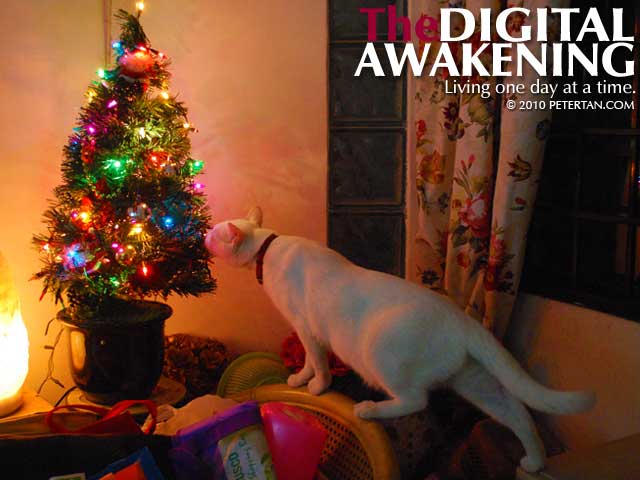 Cheeky the cat checking out the Christmas tree.
Photo by Wuan.

Wuan put up the fibre optic Christmas tree beside the bay window a few days ago. She had bought it from a pasar malam in Ipoh many years back. Over several days, she dressed it up with baubles and other ornaments. The illumination from the fibre optic was rather dim. It was not striking even with all the living room lights turned off.

Yesterday, she came back with a string of multi-coloured fairy lights. That atmosphere instantly warmed up when she turn them on, a stark reminder that Christmas is near. Cheeky, the forever curious feline, was at first fascinated by the blinking lights. He stared from the floor for a long time. When he could no longer contain his curiosity, he climbed onto the bay window and then perched precariously on the sofa to sniff at the tree.