The sight of flowers in Spring gives a sense of renewal and hope. That is the theme for the Royal Bank of Scotland’s ang pow for the Year of the Water Dragon. Plum blossoms emblazoned in gold adorn the red packets. Made from thicker paper stock and measuring at 6.50″ x 3.25″, they are also sturdier and larger than regular ang pows. What I like best about these packets is the wide horizontal opening which makes it convenient to insert currency notes. This is certainly one of the better designed ang pows around for this year. 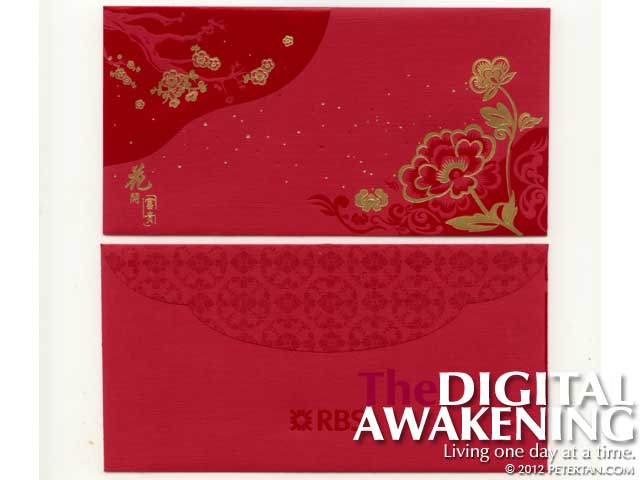 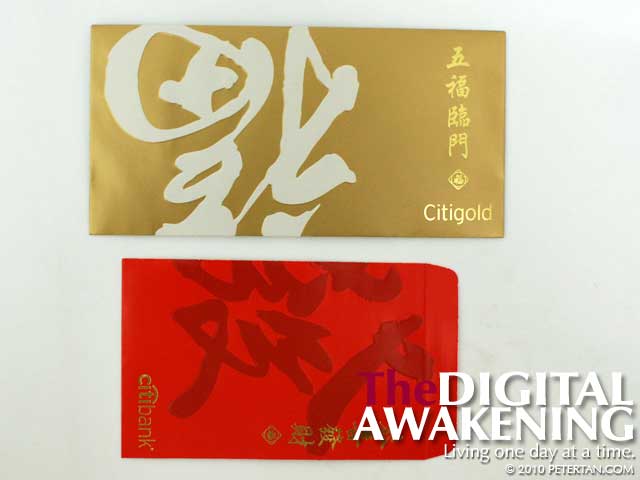 Citibank ang pao – red envelope for the Year of the Tiger 2010.

In the olden days, ang pao were actually coins wrapped in red paper – the kind that leaves red stain on the finger tips when touched. I did receive a few of such ang pao when I was a kid. Those were given by the amah chehs – unmarried servants – who usually wore white top and black bottom sam foos. I still do not know the reasons why they gave out ang pao as unmarried adults are not obliged to do that. 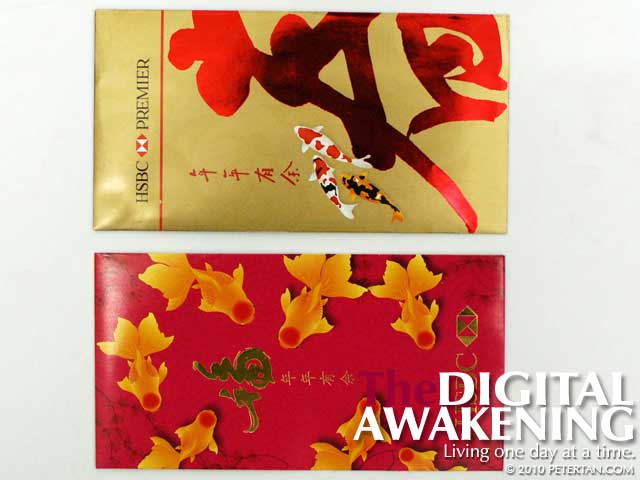 With the easy availability of pre-made red envelopes, there is no need to get the fingers stained nowadays on the eve of Chinese New Year. That is usually the time when married adults prepare the ang pao by putting money into the red envelopes. The amount put in must be even. Odd amounts are considered inauspicious. 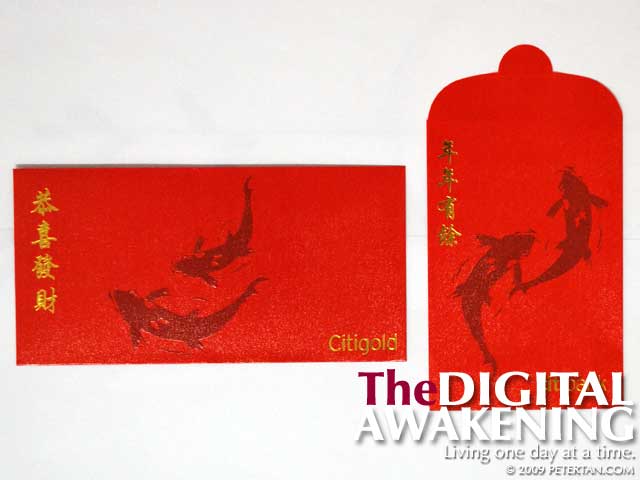 If one has an account with a bank, there is hardly a need to buy empty ang pau anymore nowadays as banks will distribute them just before the festive season. Other businesses that give out empty ang pau to their customers are departmental stores, insurance companies and jewellery shops. It is also included in the cartons of soft drinks that are usually served to guests during the fifteen days of celebration. 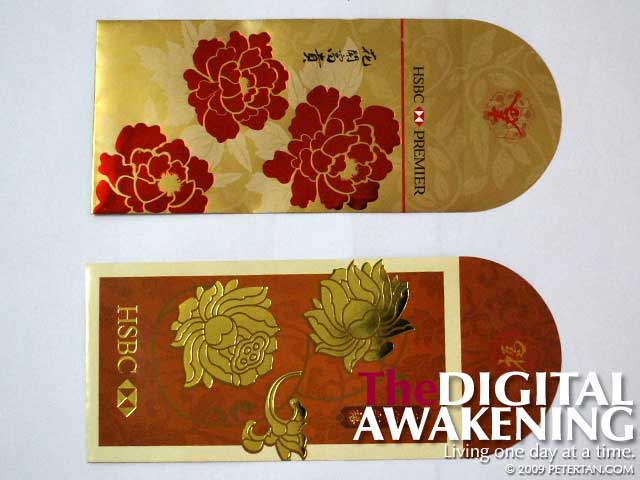 I remember receiving ang pau with motifs of cute children carrying a big fish or some other traditional auspicious Chinese imageries as a teenager. Ang pau with these designs are hard to come by nowadays. Luckily Mum was a hoarder. There is stash a of unused ang pau with these traditional motifs that she kept in a chocolate box. I would open up the box whenever I am in Penang just to reminisce the good old times when Chinese New Year was the happiest occasion of the year.