Chinese New Year is only one week away. The excitement is building up, something that I have not felt in a while. This feeling is also partly due to the fact that the wheelchair has arrived but I am not able to use it yet. Some assembling and adjustments are needed first. I am really looking forward to getting on the new chair as the one I am using now creaks every time I shift my weight.

Nevertheless, the sight of new ang pau packets and the cookies that Wuan brought back, and the thought of being able to savour hou si fatt choy and yee sang has certainly put me in a festive mood. In the midst of all these, I reminisce about the times when I was barely a teenager, excitedly anticipating the arrival of the annual celebration. The was always an unmistakeable crispness in the air as I counted down the days, one that put spring in my steps and happiness in my face.

A few weeks before the day, the larder would already be bursting with groceries for the big cookout for the reunion dinner and new year lunch. My favourites were the puffed cream-coloured pieces of fish maw, dried shiitake mushrooms and waxed goose liver sausages; rare commodities reserved for auspicious occasions during those times. Cans of button mushrooms, lychees and longans together with a crate or two of Anchor beer would line the larder top.

Welcoming the new year could also never be complete without the hustle and bustle of spring cleaning. That was then followed by curtains and cushion covers being replaced with fresh and brightly coloured ones. Greeting cards from relatives and friends and my father’s business associates and clients decorated the metal grille in the living room. The garden was spruced up. Unkempt hedges were trimmed. The final task after all that was putting up the “cai”, the red cloth hung above the main entrance, to signify the auspicious celebration.

Those were the best times of the entire year for me as a kid – new clothes, delicious food, lots and lots of ang paus, and not forgetting the hordes of relatives that came visiting, many I only got to meet during that time. Those excitement and anxiety that I felt then is what I am feeling now. I just cannot wait for the first day of the Chinese New Year to arrive. 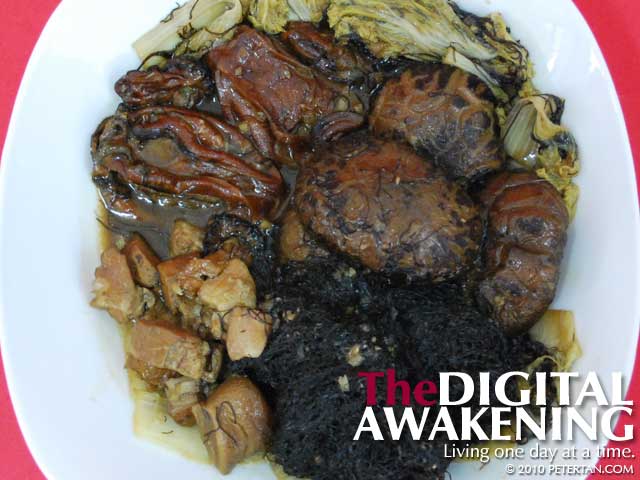