Today was a special day of sorts. In the afternoon just now, I was going to apply for the MyKad. As usual, when going out, my hair would be pulled back and fastened into a pony tail with an elastic band. To make sure that it did not get dishevelled, I gelled the front firm. Satisfied that I looked good enough to be photographed for an identity card, off I went with Peter to the Jabatan Pendaftaran Negara (JPN) branch at Sungai Ara. It was packed to the brim when we arrived. Not wanting to wait in the heat, we decided to try our luck at the Balik Pulau branch. It was equally as packed. We figured that everybody must be taking the opportunity to get their MyKad done during this school holidays. I told Peter that I will get it done after the school term begins next year to avoid the crowd. 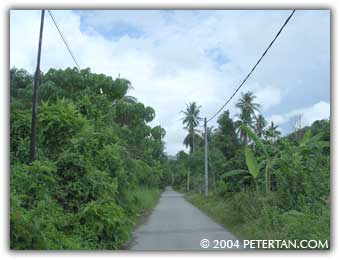 The kampung road at Permatang Pasir.
(Photo taken during an earlier trip there on March 16, 2004.) 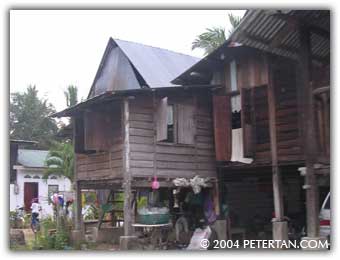 The kampung house where Peter bought the air nira.

We then went to Sungai Pinang to fetch Peter?s parents. His father is Mum?s younger brother. On the way, we made a detour to Permatang Pasir to buy nipah palm toddy, also called the air nira. It is hard to find air nira in Penang as many mangrove swamps have been reclaimed for development. To get the air nira, the inflorescence of the nipah palm is cut and the sap allowed to drip into a container. The sap is collected twice a day, once in the morning and again in the mid-afternoon. It takes many inflorescences to produce 1 litre of air nira which looks cloudy. It ferments fast unless refrigerated. The air nira is slightly pungent but sweet. 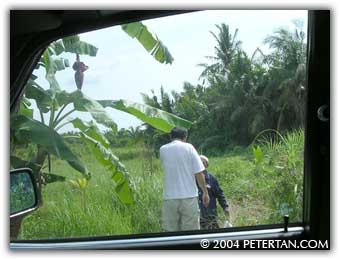 Peter talking to the pakcik.
Nipah palms are in the background.

We had to traverse a narrow tarred path to reach the kampong house that sold the air nira. It was RM15 for a 5 litre bottle. Peter paid for one bottle and booked another. As he did not want the air nira to ferment, he left it there and told the makcik there that he would return to collect both bottles after we picked up his parents. On our way out of the kampong, we happened to bump into the pakcik who had just finished harvesting the air nira for the mid-afternoon and also told him that we would be back to collect both bottles later. 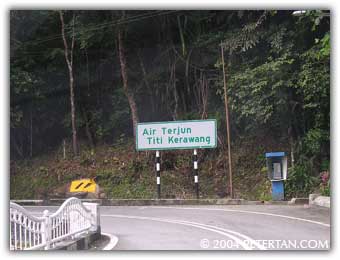 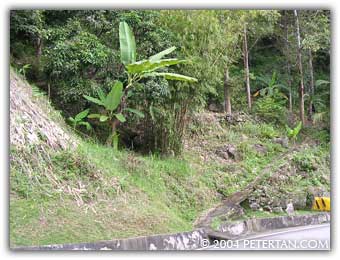 There used to be a stream beside the clump of bamboo. 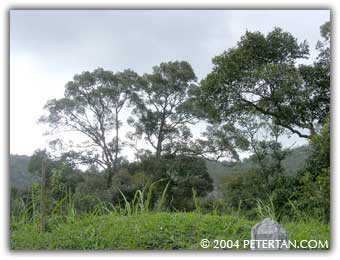 One has to climb down steps made from rocks stacked into the hillslope to reach my uncle?s house. While Peter went to fetch his parents, I waited by the roadside and took some photos. There was the towering 50-foot petai tree by the roadside and an old durian tree that is more than 100 years old and reaching almost 200 feet into the sky and is still fruiting. There was what used to be a stream by the roadside which was cemented up when the road was widened. I used to catch little fresh water crabs and fishes there. Now, it is just a big longkang. 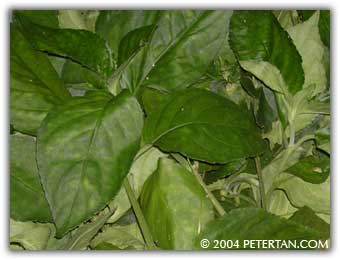 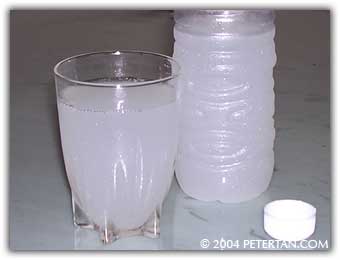 I specifically asked Peter to pluck some fragrant leaves for me. I do not know what it is called. Mum used to add these leaves with the bedak sejuk that she made to make it nice smelling. I will be leaving them all over the apartment. These leaves will still give off its nice fragrance many months later when it is all dried up and shrivelled. When I reached home, I got Peter to fill the air nira into a 500ml mineral water plastic bottle for me. I took a sniff of it and was put off by the pungence. In the end, I returned all of it to him without drinking any. I did not manage to apply for the MyKad but I am satisfied that I have some nice photos to show for a pleasant day out. It was not a day wasted despite the circumstances.

9 thoughts on “An Unlikely Day”