Ikea, Ikano and The Curve are not places to go if one does not own a car. Wuan and I were there last Saturday. The cab fare from Pandan Perdana to Ikea was RM20.00. That was slightly more than what we paid for the trip to One-Utama for the Bloggers Meet in January. As long as the cabbie charged us according to the meter, we were happy to pay. 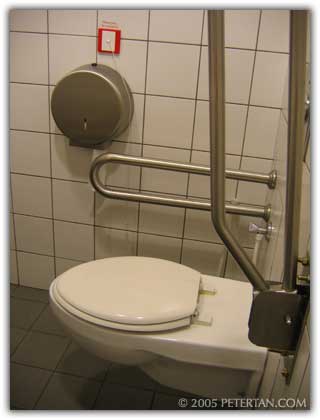 The toilet was just large enough to fit a wheelchair in with some room for maneuver. There was even a button to call for help – the first I have seen anywhere in Malaysia. The sink was fitted at a height that was easy for people on wheelchairs to reach conveniently. Next to Mid Valley Jusco’s disabled toilet, this gets high ratings for functionality and a well thought out design, except for its location. 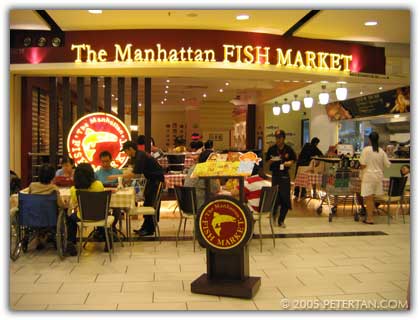 We had lunch at Manhattan Fish Market while waiting to meet up with De Book Worm. Wuan ordered Baked Fish in Garden Herbs. I had Crunchy Garden Salad. The salad was nothing to shout about. It was lettuce and tomatoes and some other vegetables with Thousand Island Dressing. The fish was served in a pan with rice. I stole a few bites. The rice was especially delicious.

Just as we finished our meal, De Book Worm arrived with hubby and daughter in tow. She had put up an entry on that meeting in her blog. As usual, I was the quieter one. Still, it was nice meeting up with someone whom I have only chatted with through Yahoo for the past few months. We parted ways at around 3:30pm and loitered around Ikano.

At around 7:00pm, we hopped over to The Curve for a light dinner and a quick look-see. We had planned to go back at 8:00pm. It was all quiet there, very unusual for a Saturday evening. When we passed Marche, there was a long queue waiting to get in. We were very tempted to eat there but decided otherwise. We did not want to be late in going back. 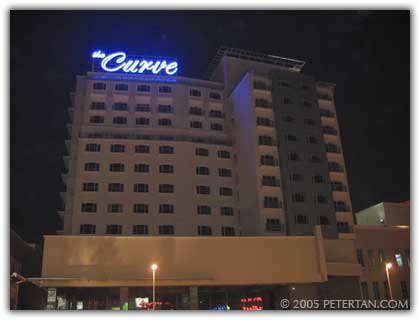 There were no taxis outside The Curve. We spotted a few parked at Ikano just across the road. Traffic was heavy but it was a good thing there was a pedestrian crossing. Cars stopped as we crossed. At Ikano, Wuan indicated to the first taxi in the queue that we wanted to go to Pandan Perdana.

Wuan and I looked at each other in disbelief. We told him that the fare was only RM20 for the same journey that morning. He went on and on about the distance and that he had waited for a while there. We ignored him as he babbled on.

We shook our heads.

We shook our heads again. We would not get into his taxi even if he went down to RM20. These are the dishonest and lazy cab drivers that are giving the industry a bad name. Wuan called a radio cab but the operator said there was no response. There were several people waiting across the road at The Curve. We thought we could hail a passing cab there too. After waiting unsuccessfully for a while, we thought about William and called him up to “rescue” us.

“Have a drink first. I’ll call you when I’m there” he said. William stays at Pandan Perdana too. 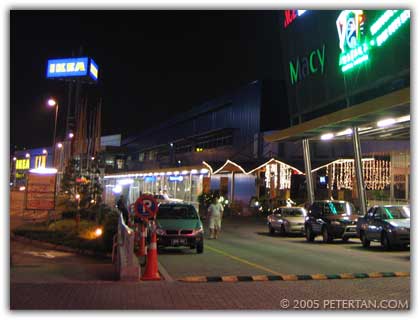 We went browsing at Ikea instead. It was almost closing time. I got a few packets of tea light candles. Wuan bought several other items not available elsewhere. William called while we were at the checkout counter. After paying, we tried to get out of Ikea the same way we went in that morning but the guard asked us to use another exit. That main entrance was locked and he did not have the keys to it.

Cynthia and Wuan wasted half an hour looking for an exit, she from the outside and Wuan from the inside. That was ridiculous. Obstacles that were put up to prevent the shopping trolleys from being taken out of the premises also prevented my wheelchair from going out. There were no signs to indicate where people in wheelchairs could exit after closing time. Thank God for caring friends like William and Cynthia who got us out of sticky situations like these time and again.

10 thoughts on “Ikea, Ikano Power Centre and The Curve”