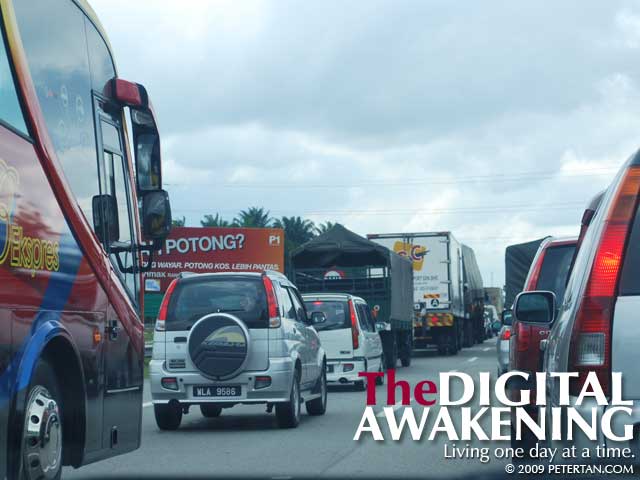 The E1 North South Expressway is a sweet invitation to test the top speed of any vehicle, be they thirty-year-old old junks or specialist-tuned engines. The temptation is simply too hard to resist sometimes. Many a time, Wuan and I breached the 110 km/h limit unknowingly. That is why we always keep each other in check. 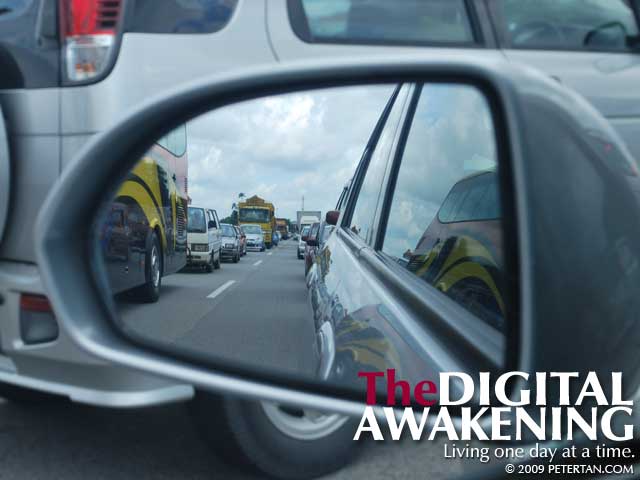 Backview of the southbound jam on the E1 NSE beside Bukit Merah Resort.
Photo by Wuan.

Last Friday, while I was on the wheel from Penang to Ipoh, the driver of a truck coming from the opposite direction flashed the headlights at us somewhere near Alor Pongsu. That could only mean two things – he wanted to overtake or there was a speed trap ahead. It could not be the former as there was no vehicle ahead of him that was in his way. 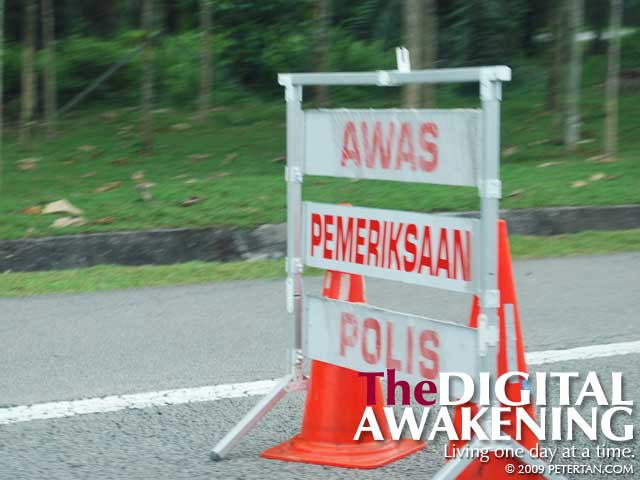 Further down, two more vehicles from the opposite direction flashed their headlights. There was no doubt to what that meant. True enough, traffic came to a crawl right after the southbound Gunung Semanggol RSA. We were rushing to beat the 12 noon deadline to pick up Cheeky and Fei Por from the vet in Ipoh. We had checked them in for boarding on the way to Penang that Tuesday. Fei Por also needed treatment for the sore on her backside. 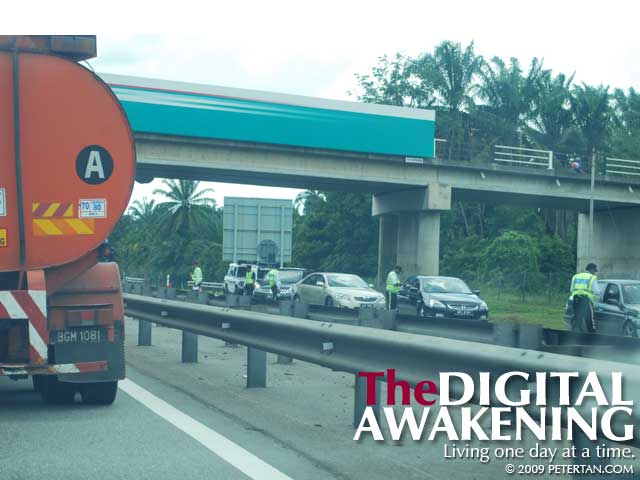 Traffic police busy at work with cars they flagged down on the other side of the expressway.
Photo by Wuan.

It was only 15 minutes later that we reached the roadblock that was conducted on both sides of the expressway below a flyover. While the operation had caused a massive jam to the southbound traffic, there was no jam northbound. The crawl was caused by the closure of the left lane for the traffic police to single out the offenders. 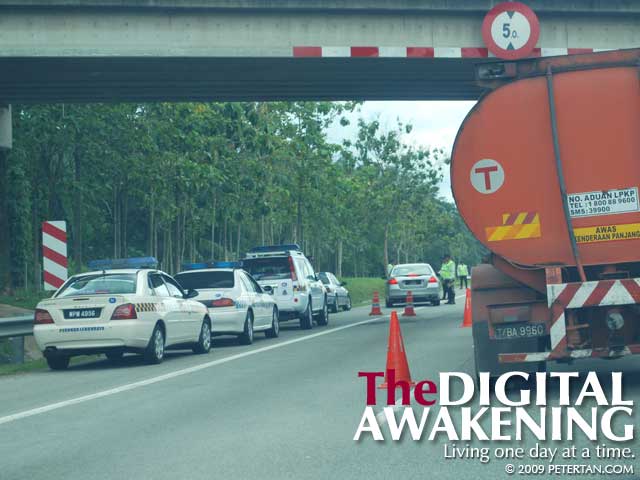 My turn with the gatekeeper coming up at the PDRM roadblock on the E1 NSE.
Photo by Wuan.

The gatekeeper was a traffic policeman with sunglasses. He held a clipboard on his right hand and a red flag on his left. When it came to my turn, I got nervous and wondered if I had broken the speed limit. I was half expecting him to flag me down to the direction of his colleagues waiting at the emergency lane. He waved the red flag for me to move on instead. 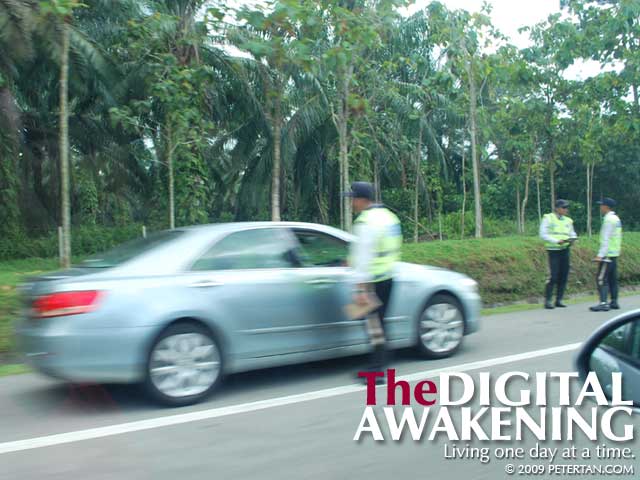 This is not going to be a pleasant experience for the driver.
Photo by Wuan.

We reached Ipoh half an hour later than expected. Consequently, our lunch appointment with Wuan’s parents got delayed. We only got to eat at 2.15pm after picking up the cats and left them at their house. We were treated to a sumptuous meal at the new Oversea Restaurant at Jalan Datoh – delicious food, great service but overly expensive.