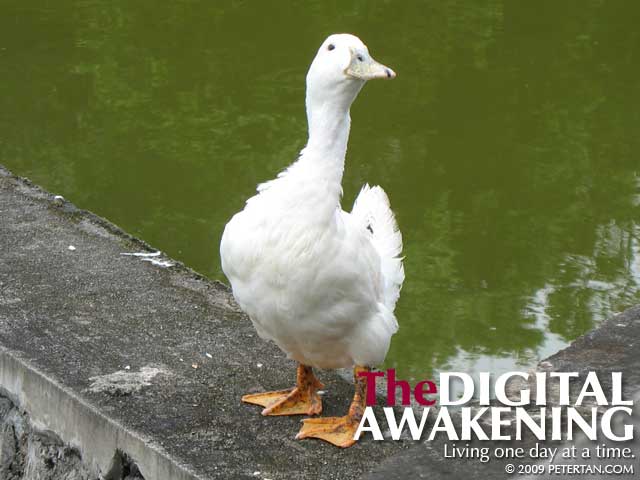 These ducks are an attraction at the Sentul Park. They would casually swim around the pond to put on a show for the audience standing by the banks. Whenever we are at KLPac, Wuan would make it a point to photograph these ducks. She brought along some bread when we went there last Sunday. We waved the bread at the ducks resting at the far end of the bank beside the Koi Centre. One responded and waddled across the dam to us.

There used to be five when we first step foot in Sentul Park in February 2008 for Victor Chin’s photo exhibition at KLPac. When we went again in November the same year, Wuan only saw three ducks. Last weekend, we only saw two. I wonder what happened to the rest. We may go again this weekend, and perhaps bring some corn kernels and oat groats for them.