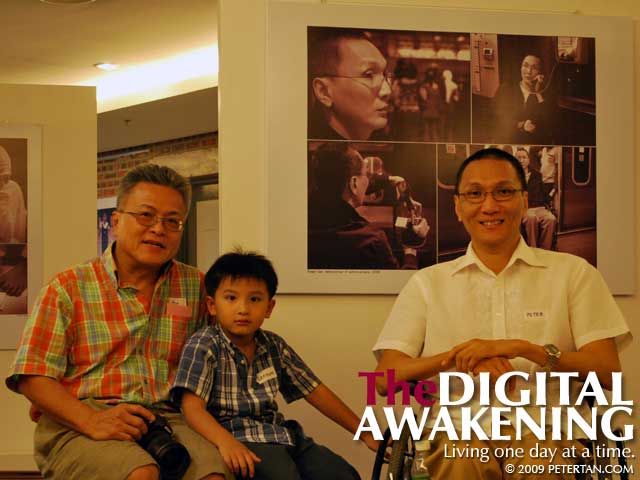 Multimedia artist Victor Chin is currently holding an exhibition on his third series photographs of disabled people in black and white prints at Kuala Lumpur Performing Arts Centre (KLPac). On the 7th of February, he held a party for subjects of the exhibition and his friends at the same venue where Wuan and I attended with Christine, Elizabeth and our new friend Yoshie from the Japan Overseas Cooperation Volunteers (JOCV). 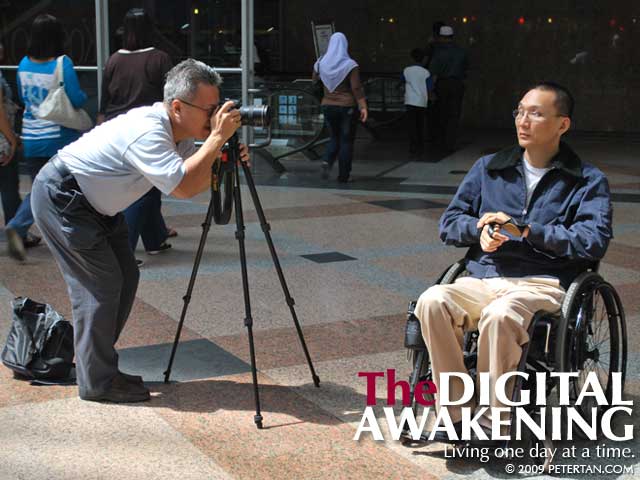 Victor took some photographs of a group of us when we were at KL Sentral with students from University Malaya for an access audit exercise in May last year. I had complained about the ramp with the extremely steep gradient at Sooka Sentral which led to the building management agreeing to an access audit of the premises. 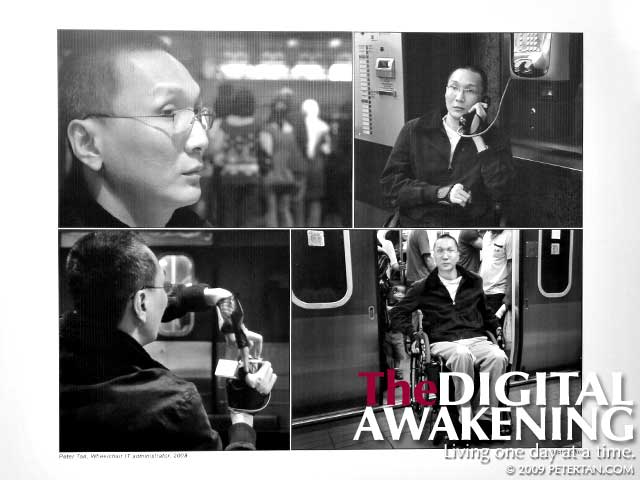 Portraits of me at Victor Chin’s Empathy – Portraits of Disability photo exhibition at KLPac.
Photo by Wuan.

Someone asked me why I looked so sombre in the photographs. There is really nothing to be cheerful about when many of the facilities at KL Sentral were not accessible for a wheelchair user like me. Hopefully, the management of KL Sentral will take corrective measures on the recommendations and feedback provided by the students.

Below is the flyer of the exhibition. It ends on February 28. 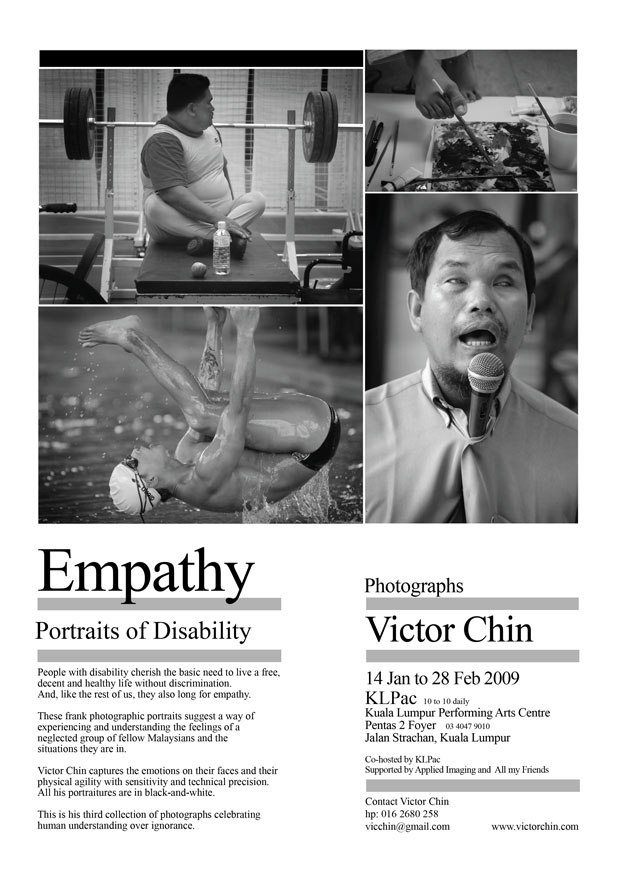 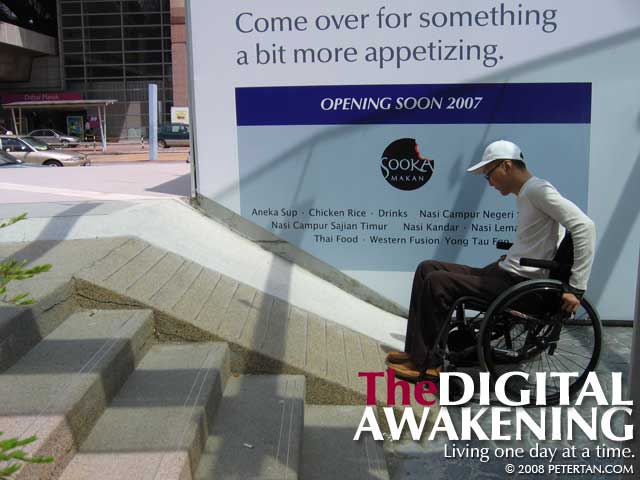